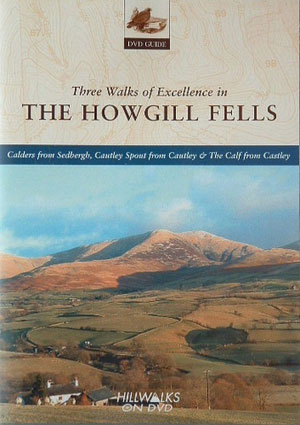 Featuring Calders from Sedbergh by Arant Haw; Cautley Spout and Bram Rigg Top from the Cross Keys Inn at Cautley and finally the Calf from Castley...

Three hillwalks of intriguing contrasts among this expansive group of rounded billowing fells at the eastern fringe of the Lake District, that Wainwright described as appearing akin to a herd of sleeping elephants.
Starting with the steep pull to Arant How and on to Calders, from Sedbergh. Next up, Cautley Spout and Bram Rigg Top from the Cross Keys Inn at Cautley ( & meeting the jovial guidebook writer Jerry Rawson along the way!) As a grand finale, we climb the highest of the Howgills, The Calf at 676m, in extreme yet eminently photogenic winter conditions, from Castley.
First filmed walks to the Howgills. Taken in crisp clear conditions.